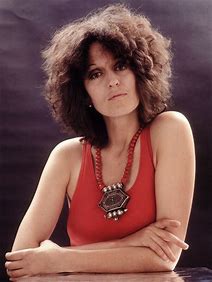 We live in febrile political times – rational polite debate is a thing of the past and the voices we hear are strident and allow for no compromise.

Donald Trump transformed a reputation as a loud contrarian into a political career and his base continue to repeat his words, with little thought or evidence. Boris Johnson has had a similar career in the UK.

If you want to make a living from the media – there is one sure way to be at the top of a journalist’s call list – shout your views and make sure they cause an argument. It also helps your profile if you speak against the accepted view and attack what you once supported.

Katie Hopkins can always be relied on to attack women, working people, immigrants and the obese; rather than confine her thoughts to social media, she makes a very good living on both sides of the Atlantic.

Recently we have also repeatedly heard that rape isn’t that bad – it’s something that leaves no sign and no injury; it should be punished with 200 hours of community service. It’s really just bad sex.

On prime-time viewers were told that people, especially women, should not demonstrate against the Trump visit as it only shows weakness.

This commentator also thought that Beyonce should put her clothes back on and that art should not be taught in schools.

Appearing on a discussion on transgender rights, rather than acknowledging that this is a divisive issue within feminism involving great sensitivities – this contributor attacked chicks with dicks.

Commentating on the recent Royal Wedding, breakfast viewers learned the private thoughts of the Royal Family, including the Duke of Edinburgh’s real state of health.

I would normally ignore this populist noise, as with Katie Hopkins and Piers Morgan – the ‘highlights’ will eventually seep into my consciousness and I will no longer be shocked by the words. Unfortunately Trump cannot similarly be ignored – nuclear weapons (yes Mr President weapons, nuclear power is something different) can do that for a man.

So why do I remember the arguments of the rape apologist, anti-trans, critic of Beyonce? Because the same person wrote that women suffer injustices because of their gender and should fight to free themselves from the patriarchy which exists throughout society. She is the author of a book which woke up a dormant feminism, she told women they could live different lives and later highlighted the obstacles which women artists have faced and how history has ignored their work.

Although I have read and admired her work and acknowledge the role of The Female Eunuch in the Women’s Lib movement, I have always suspected that the liberation Greer was most interested in was her own.

Rosie Boycott – co-founder of Spare Rib – appearing in a recent pro-Greer documentary – remembered that Greer rarely appeared at meetings of Women’s Lib, she wanted to be a star, not a sister.

So thank you for your work, but unlike other feminists of your generation you no longer speak to us. At 84 Gloria Steinem continues to acknowledge worldwide oppression and how all women must share and benefit from our different experiences – truly #MeToo. Jane Fonda reminds us that our idols also suffer from psychological torments, when we hate our bodies and hide our pain. And at 78 Margaret Atwood is the author of the dystopian Handmaid’s Tale which speaks to women in the age of Trump. They honour their pasts and their personal experiences, but also the insight of younger women and the importance of intersectionality. And most importantly that feminism is part of a wider movement working to save the world from oppression, violence and environmental destruction.

Perhaps when she criticises Beyonce’s wardrobe she forgets her nude shots in Suck. She forgets that she once acknowledged that rape is the way the patriarchy silences women through violence and fear. Or maybe appearing on Celebrity Big Brother convinced her that celebrity is more important than academia or feminism.

It is sad that a leading voice in a movement that has transformed our world is now reduced to the role of professional contrarian.

My life as a work in progress